The fight for the House of Representatives has heated up since the Court overturned Roe v. Wade last May, and now Republicans face a much more formidable challenge from the Democratic party than they anticipated. Democrats are feeling confident after a string of strong showings in special Congressional elections, topped off by blockbuster upsets in New York and Alaska.

Republicans remain the favorites. They still have an innate advantage in the congressional map that would likely - but not certainly - lead to a victory if the national popular vote is even. We also think there's a real chance they regain ground in the national generic ballot, as typically happens for the party out of power. Nonetheless, this election has become far more competitive than many expected, and Democrat's chances of holding onto the House for another term are now up to 36% in the RacetotheWH House Forecast.

From Nevada to Kansas, here are four races where the dynamic has changed as a direct result of the Court’s decision.

Click here for Full Predictions for the Nebraska House Races

Our first major indication that the political atmosphere had changed decisively was in Nebraska, home of the first special election since the Court's historic decision. Republican Representative Jeff Fortenberry had to resign after being indicted for lying to investigators, leading to a late June election to find his replacement.

Instead of winning an easy victory, Republican Mike Flood got mired in a shockingly close race, barely beating Democrat Patty Pansing Brooks by just 6 points. Turnout in blue Lancaster County was high, and in red Sarpy County, the race was very tight.

Patty Brooks has a 8-10% chance of winning in November, but the neighboring district is more competitive. That's Congressman Don Bacon's district, the NE-2, and it gave Joe Biden a single electoral vote from the state. On the day the decision was issued, Bacon said “it was a good day” and he has voted against bills prohibiting state officials from getting involved with people seeking abortion out of state while his opponent, State Senator, Tony Vargas has been more vocally opposed to the Dobbs decision.

Bacon has established a moderate voting record, voting for the Bipartisan Infrastructure Bill and even the Respect for Marriage Act, but he has not extended that to abortion. If the past few months are an indication of anything, that won’t play well in his increasingly left-leaning district.

In the aftermath of the Dobbs, the DCCC added Bacon to their vulnerable member's list. Today, our House Forecast shows that Bacon is still favored to win, but the race is in play.

Click here for Full Predictions for the Kansas House Races

America just had its first pure test of abortion as a standalone political issue, held in ruby-red Kansas, where pro-life candidates have excelled. It's a state that has favored Republicans over Democrats by 20% relative to the popular vote over the last few election cycles.

The state held a referendum on the same day as the primary that would give the State Legislature the power to pass an abortion ban. The only poll showed it would pass by 4%. Instead, voters delivered a stunning rejection of the proposal, defeating the measure 59% to 41%.

Many Republicans voted against the measure, but that wasn’t the only notable event. Democrats turned out at a very high rate more reminiscent of a high turnout general election than a primary. If this is a sign of their energy in November, it could make all the difference in the closest races.

The greatest beneficiary could be Sharice Davids, a woman of more than a few first. When she was elected to Congress in 2018, Davids became the first Democrat in Kansas in over a decade, and the first Native American woman elected to Congress, tied with Congresswoman Deb Halland who won the same year.

She's vulnerable in 2022. She faces Republican Party Chair Amanda Adkins, in a rematch of the 2020 election. Last time, Davids beat Adkins by 10%, but now their district has shifted to the right thanks to gerrymandering by Kansas Republicans. This is currently a razor-close race that we think Davids will win by just 1.9%, so even a slight uptick in turnout similar to the referendum would be a huge boon to her chances.

Davids has already attacked Adkins over her stance on the issue and support for the amendment. Two possibilities emerge:

If it's the former, that's also good news for Governor Laura Kelly (D). Kelly gives the GOP their best chance to flip a governorship, although she still has a shot at winning according to our Governor Forecast.

Click here for Full Predictions for the Michigan House Races

Michigan is ground zero for abortion rights in 2022. Governor Gretchen Whitmer has made protecting reproductive rights a top priority and filed a lawsuit back in April to assure access to abortion to prevent or at least slow down a 1931 law banning abortion from going back into effect after Roe. Attorney General Dana Nessel has refused any enforcement of the states’ 1931 abortion ban, and to cap it all off, in November, there will be a ballot initiative to enshrine abortion access in the state constitution. If the Kansas referendum was any indication, that's going to boost turnout for Democrats.

That's good news for Elissa Slotkin, who represents Michigan’s 7th district in the suburbs surrounding Detroit. Slotkin has established herself as a rising star in the Democratic party. Before running for Congress, she was the Assistant Secretary of Defense for International Security Affairs in the Obama administration. She won an impressive victory in 2018 in a district Trump won by 7%, taking it by 4%. She won in 2020 even as Trump narrowly won the district again.

While the district has shifted slightly to the left in the new congressional maps, it’s still a district that favors Republicans relative to the national vote, so Slotkin likely needs to run another strong campaign to hold on to her seat.

Slotkin’s opponent is state Senator Tom Barrett, who has described himself as “100% pro-life”.  He introduced a resolution into the state Senate that would require the state to enforce all anti-abortion laws on the books in the state. Slotkin will raise no objections to Barrett putting the issue of abortion front and center in their race. Now, she can easily tie him to an unpopular law passed nearly a century ago.

She’s outraised Barret nearly 5-1. That fundraising edge takes this race from a Toss-up to a Tilt D race. For now, Slotkin has focused her ads not on abortion, but on the same playbook that she rode to victory in 2018 and 2020: Emphasizing her national security work in both the Bush and Obama administrations and her efforts to lower the cost of prescription drugs.

Click here for Full Predictions for the Nevada House Races

Nevada is one of the most pro-choice states in the union - far more than most swing states. Abortion is already enshrined into state law, so the only way to undo it would be a new national law or a state constitutional amendment. Pro-life activists and Republicans that have tried to get it on the ballot in the past have been unsuccessful- perhaps a relief to Republicans running in 2022.

Three of the four Nevada elections are hyper-competitive thanks to a Democratic gamble to make the 3rd and 4th districts easier to hold on to by adding more Democratic-friendly turf from the 1st district. It's entirely possible that Democrats either win 3 of the 4 races again, or Republicans win a clean sweep (for more, read our interactive forecast for the Nevada House races, which is easily one of the most interesting states to watch this cycle).

In the 3rd congressional district, Susie Lee launched a $500,000 ad buy to highlight the danger her opponent April Becker presents to abortion rights. Admittedly, some of Lee’s claims run contrary to what Becker has actually said. Becker opposes a national ban and wants exceptions for rape and the life of the mother, but she still approves of the Court's decision, and would not support legislation codifying Roe v. Wade.

Pat Ryan beat Marcus Molinaro in the NY-19th on the issue of abortion, even though Molinaro was much more moderate on the issue. In the days since, we've seen several Republicans start to air ads clarifying they support exceptions for abortion, suggesting the potency of such attacks is significant. We'll see if Becker starts doing the same. (which is also now very competitive). All three Democrats may survive – or Nevada could send an all-Republican House delegation for the first time since 1997 when the state only had 2 districts. Our House Forecast shows that Lee is the most endangered Democrat, on track to win by just 2.5%. She leads by just 0.6% in the House polling average, although she will benefit from a big edge in fundraising.

We just wrote an article explaining why Democrats' chances of winning the House have surged more than 9% in the last two weeks. You can also follow our interactive and easy-to-read Senate predictions, which were one of the most accurate in the nation in 2020. 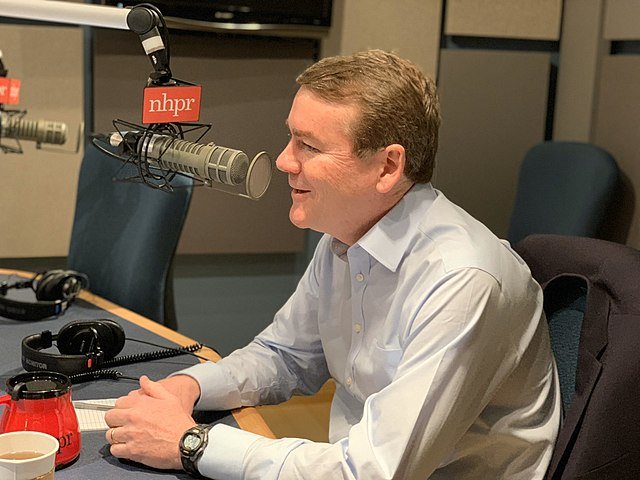 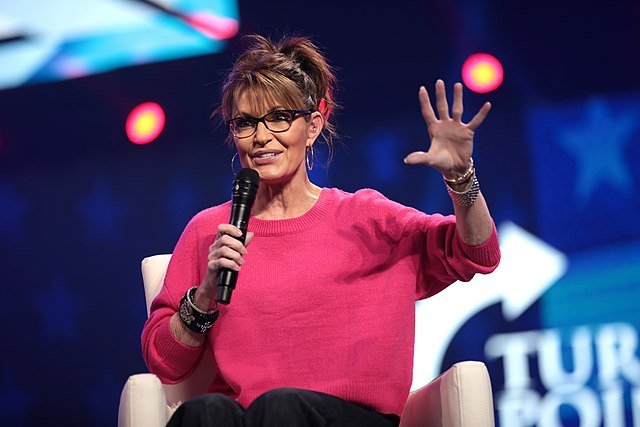 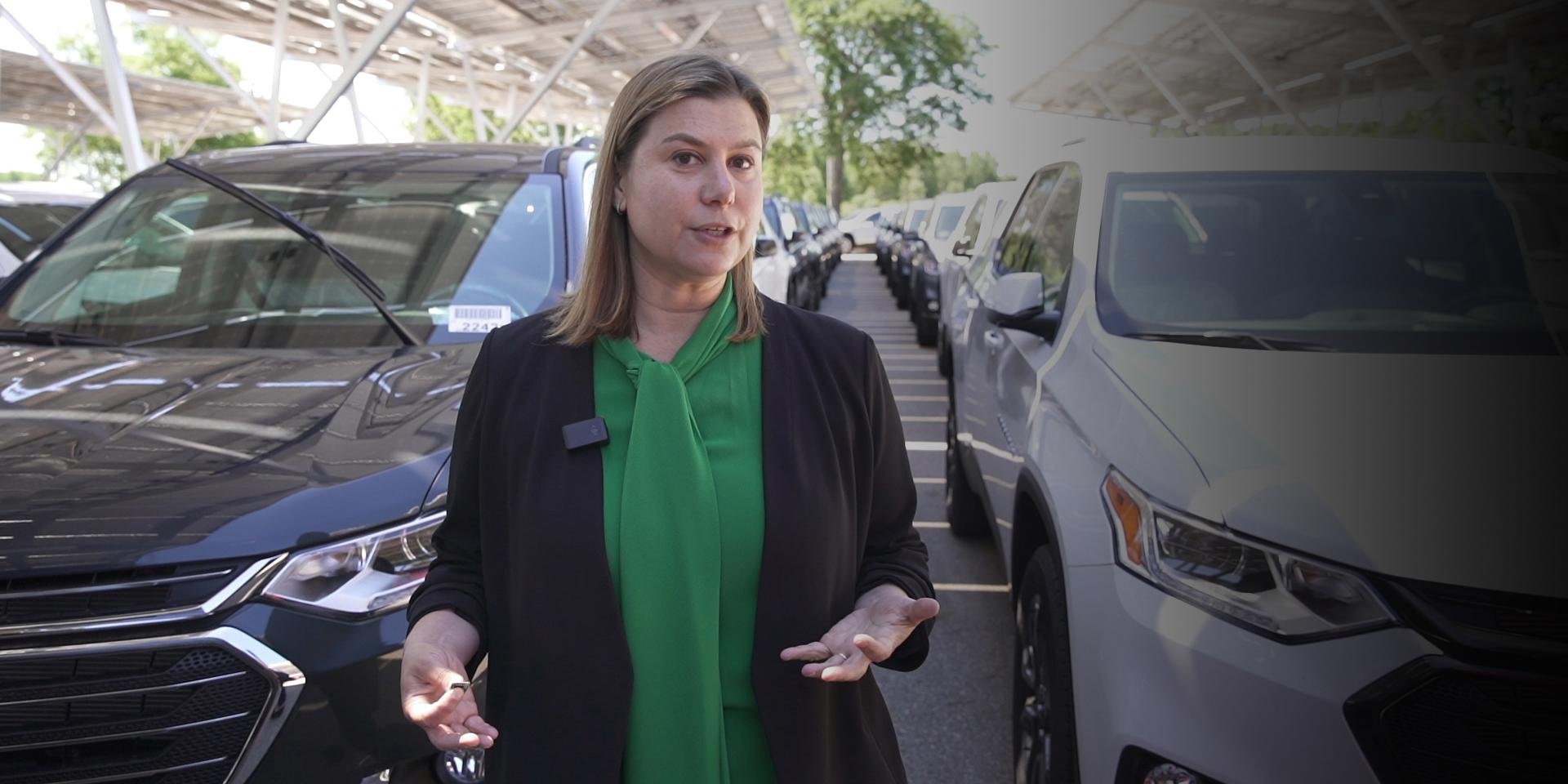 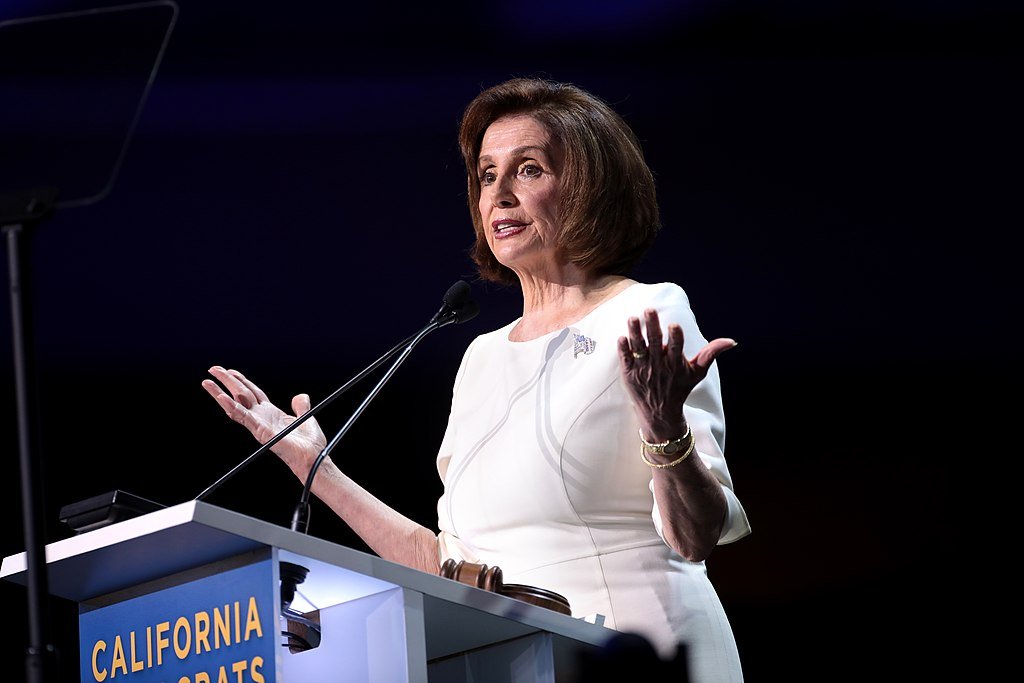 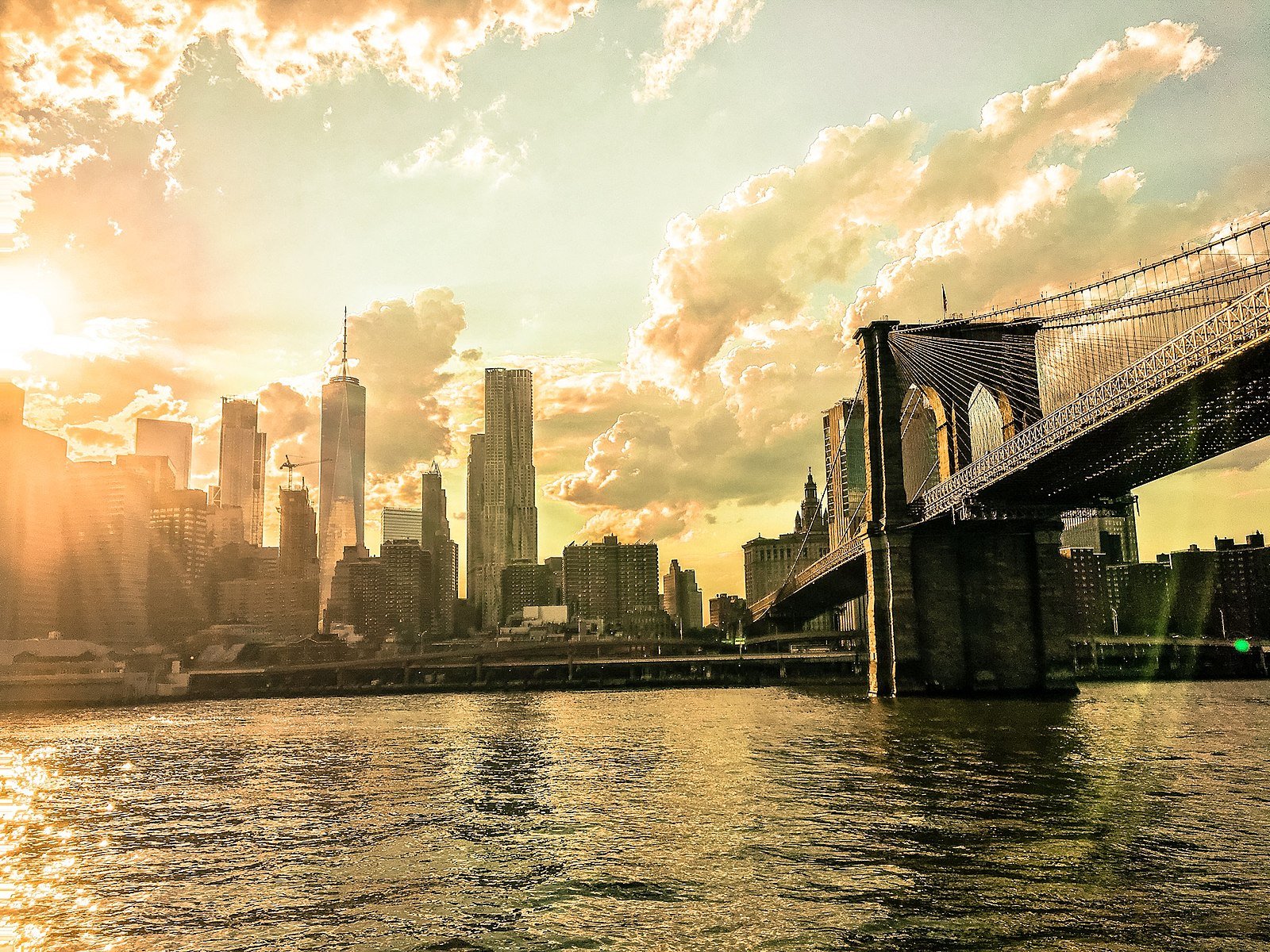 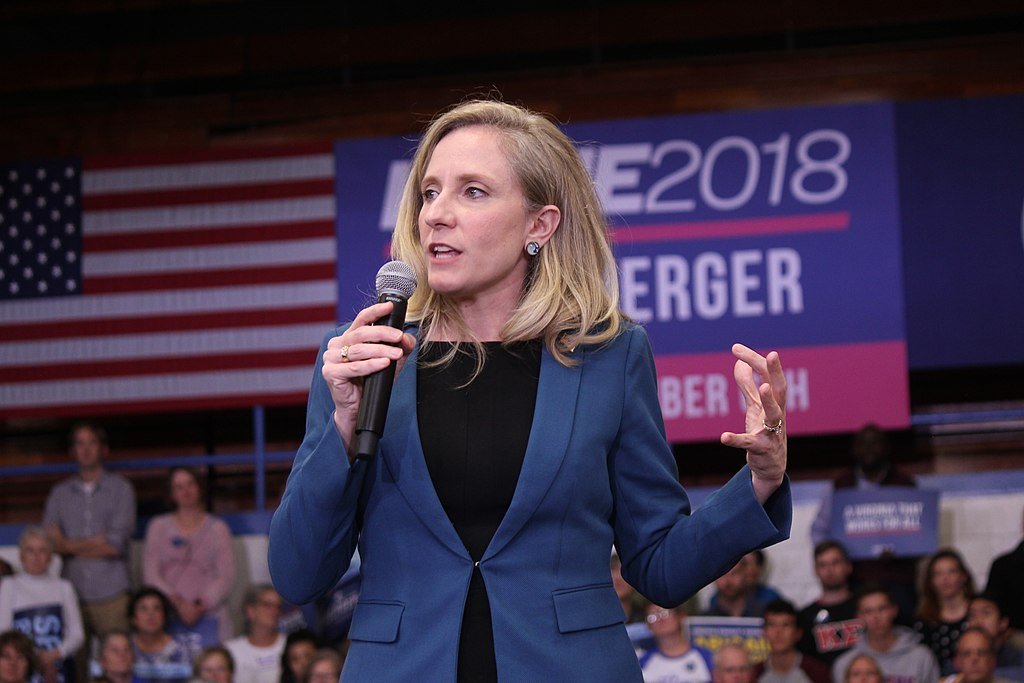 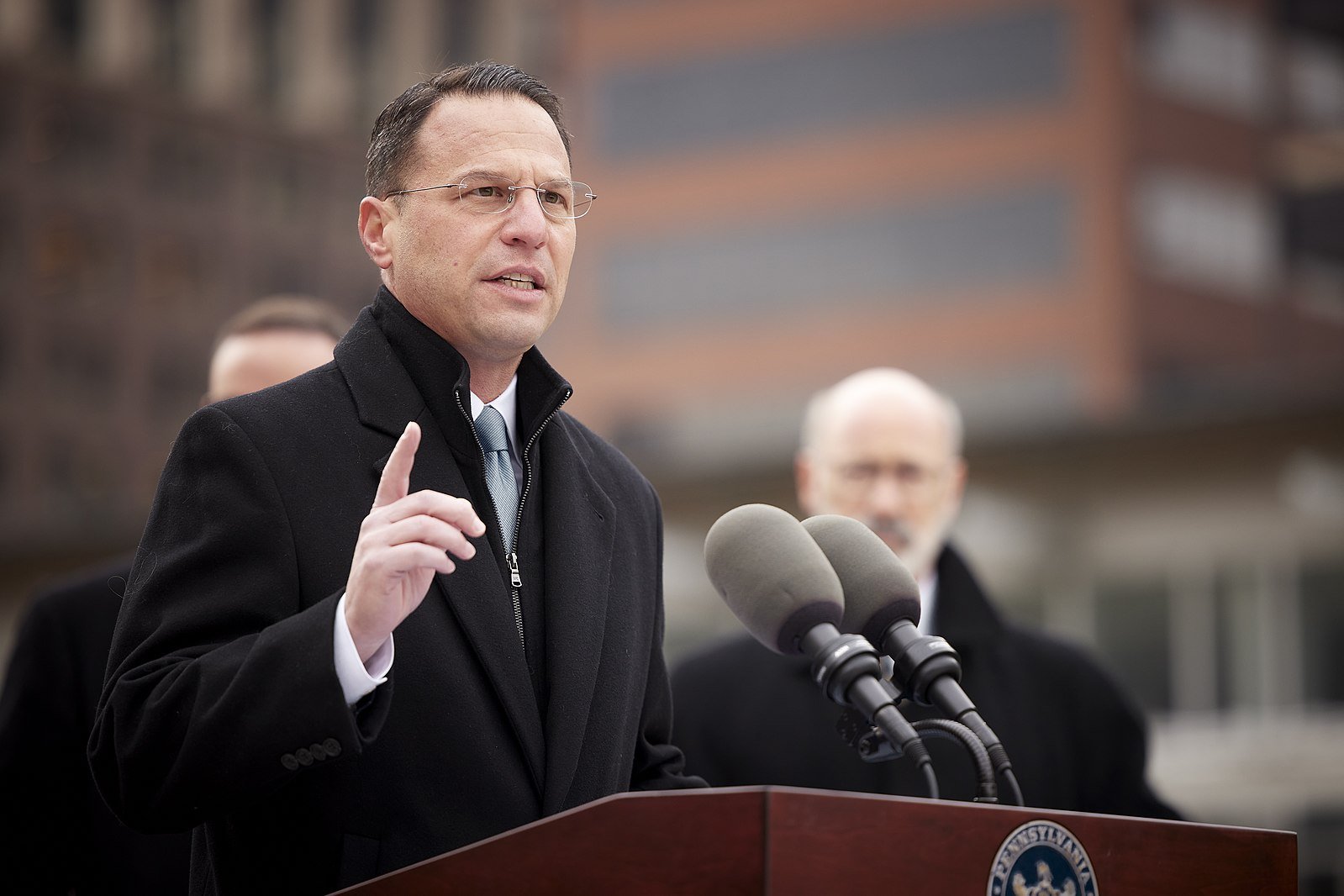 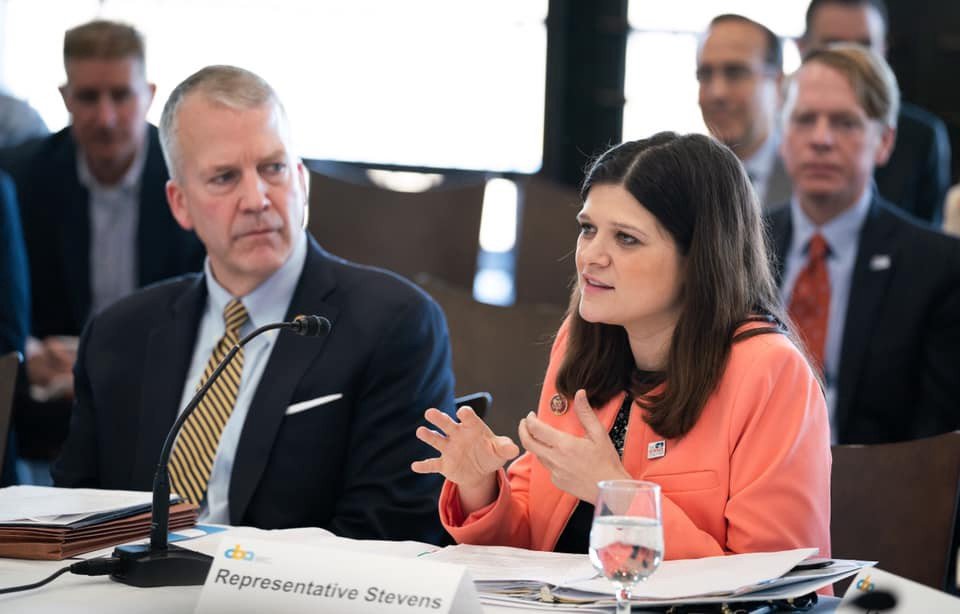 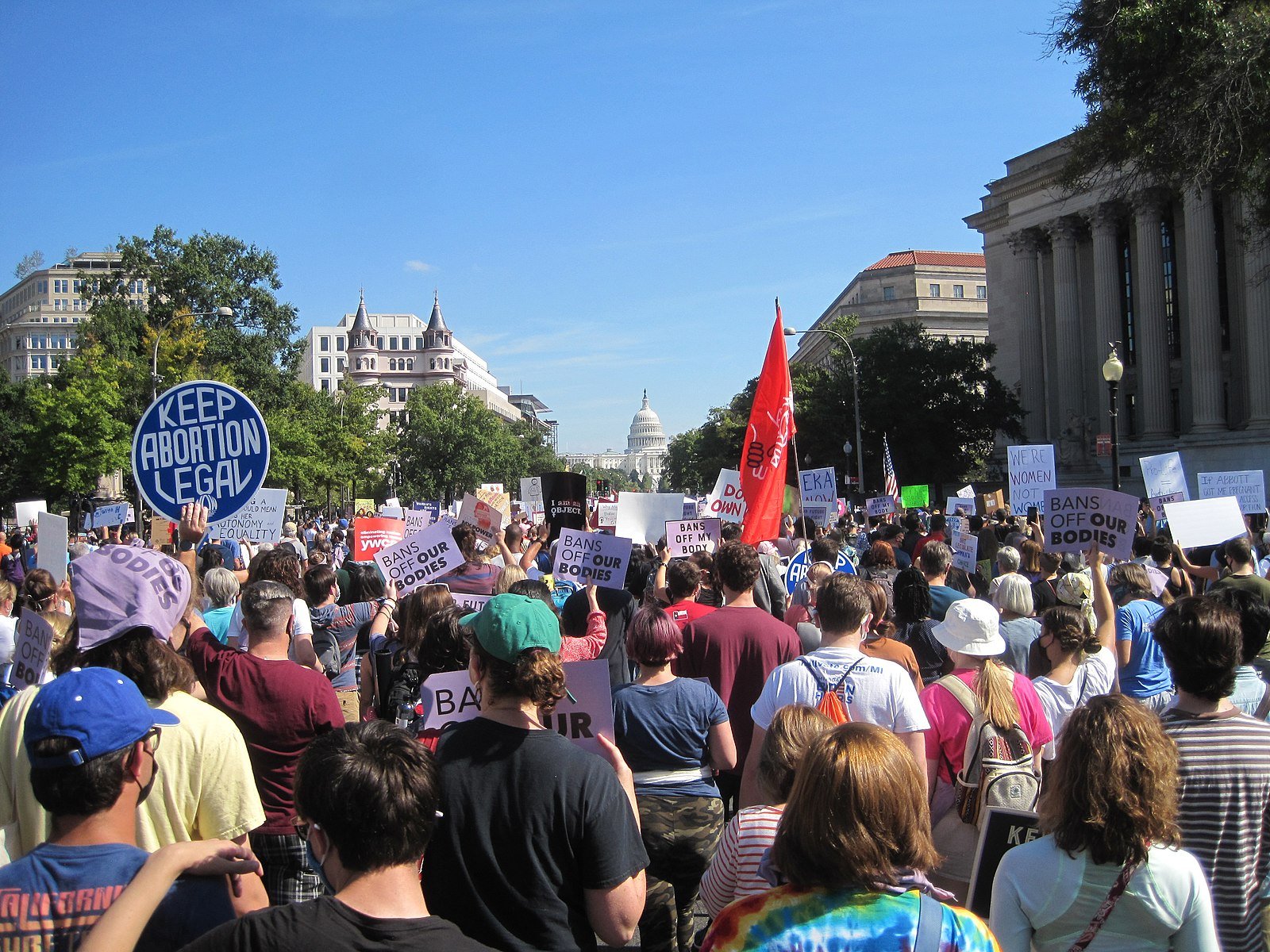 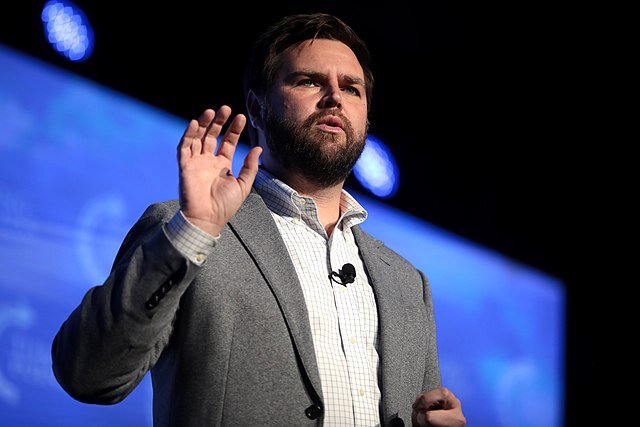 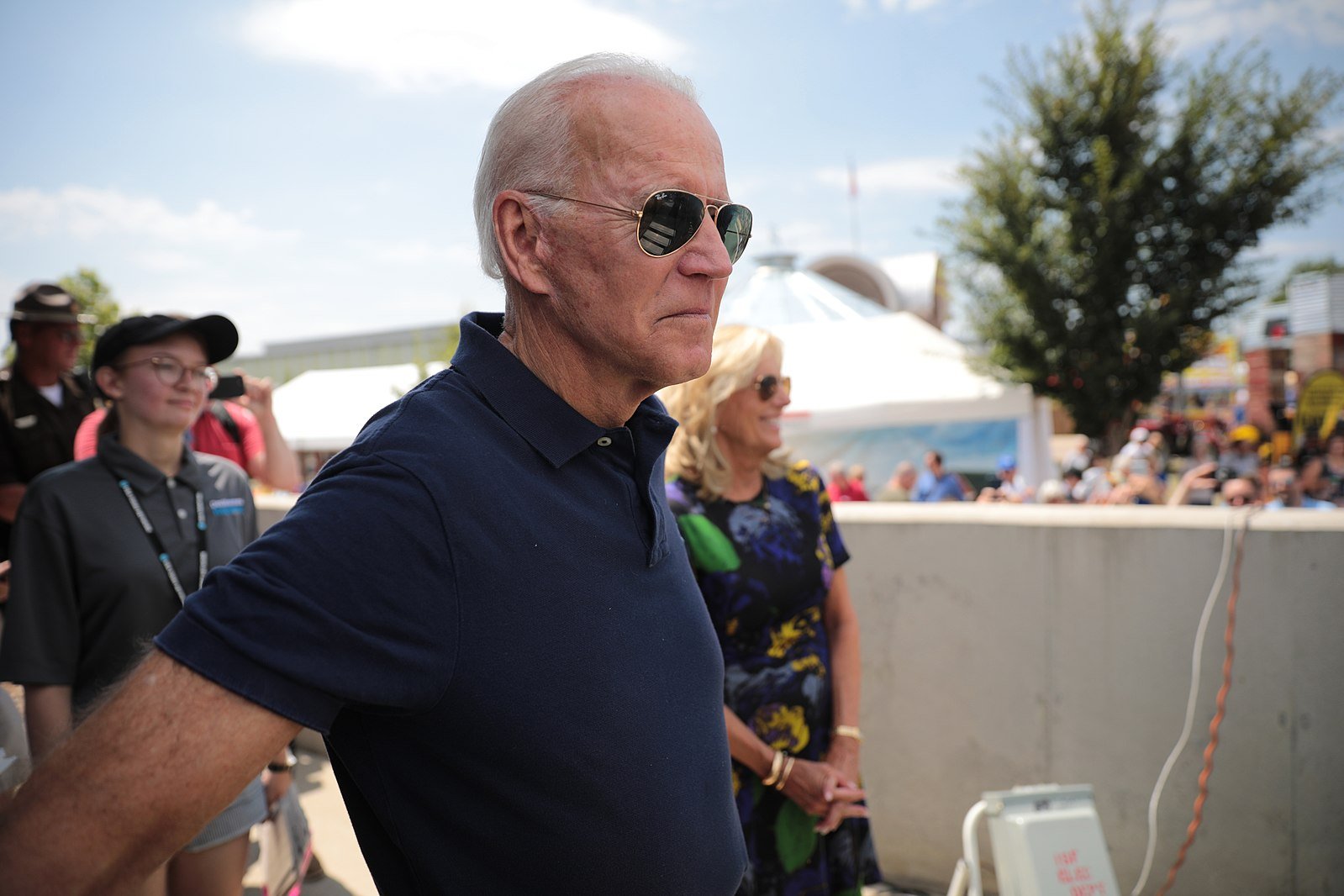 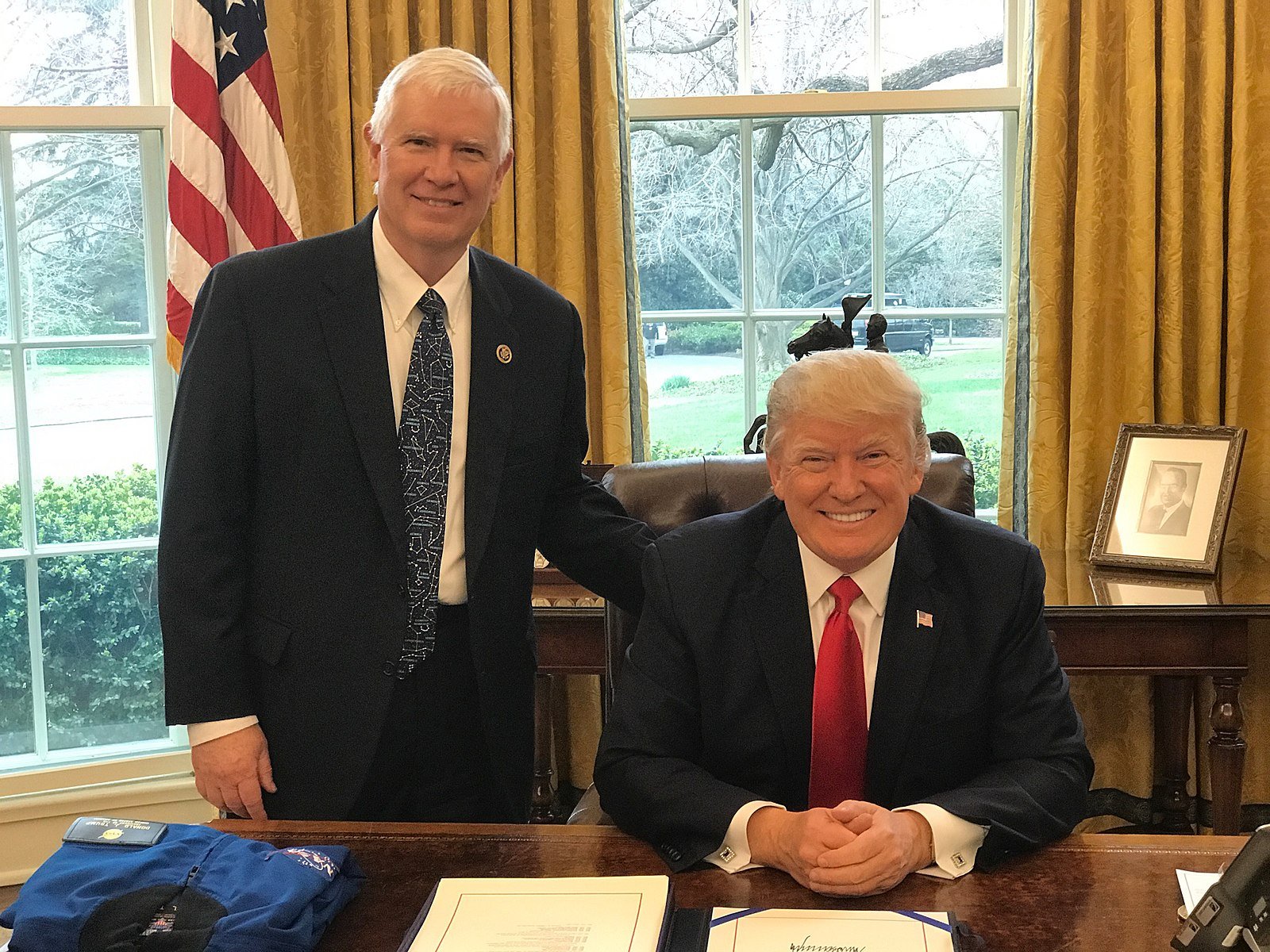 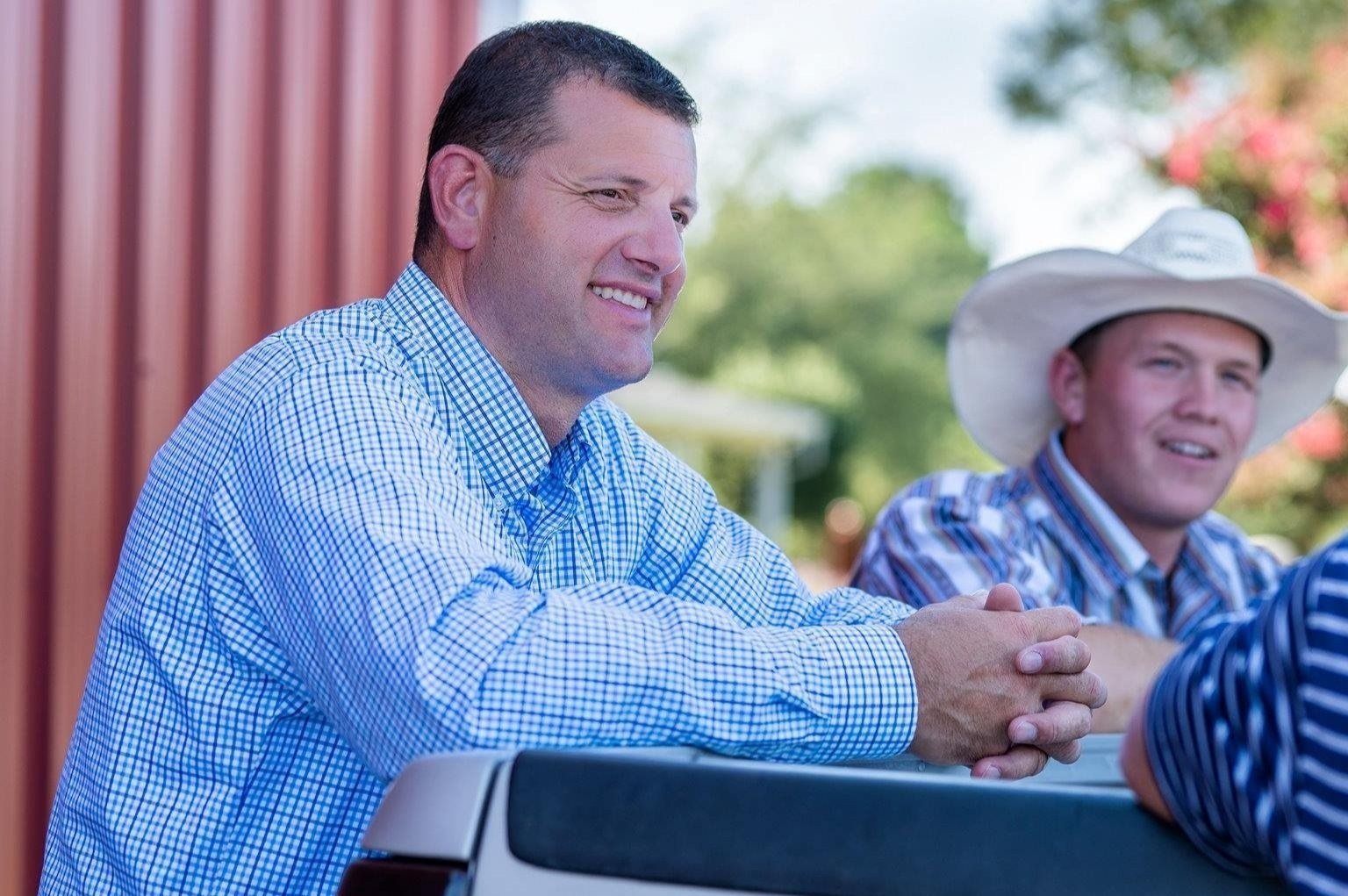 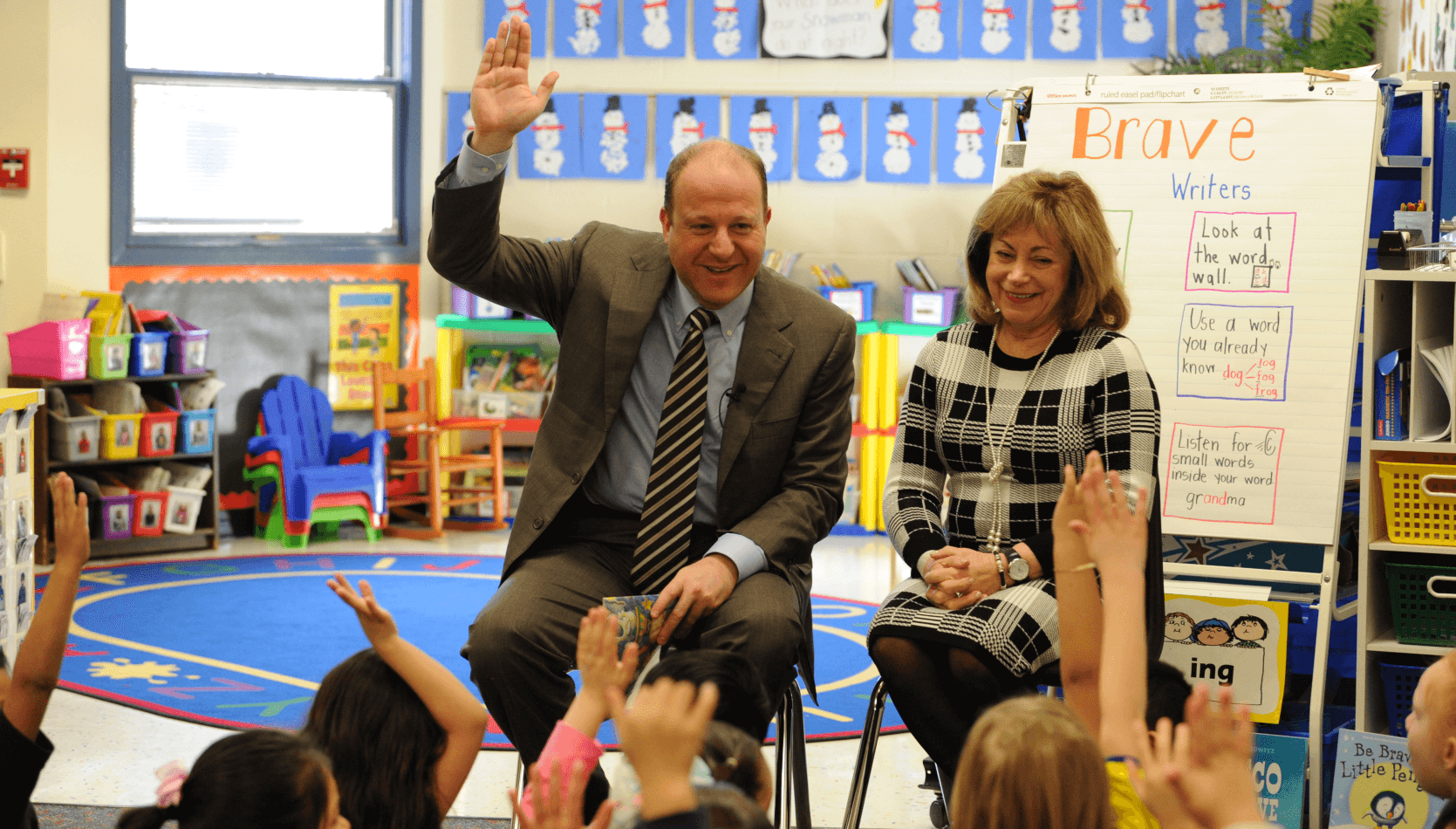 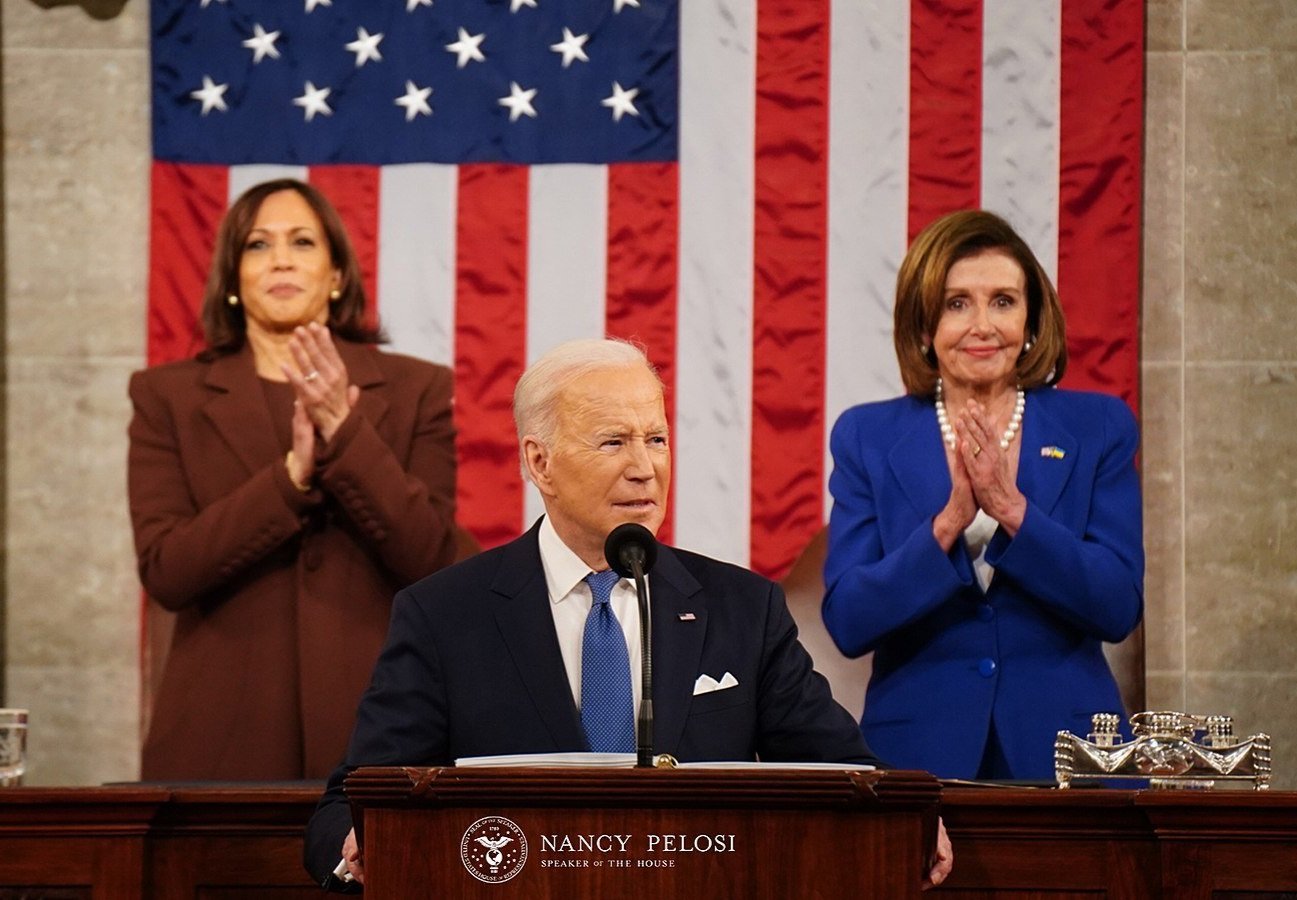 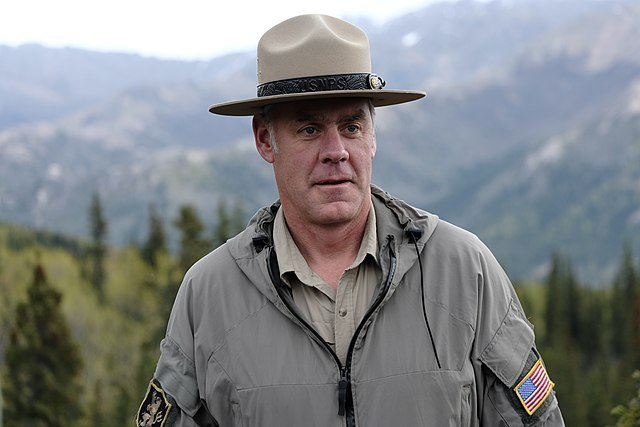 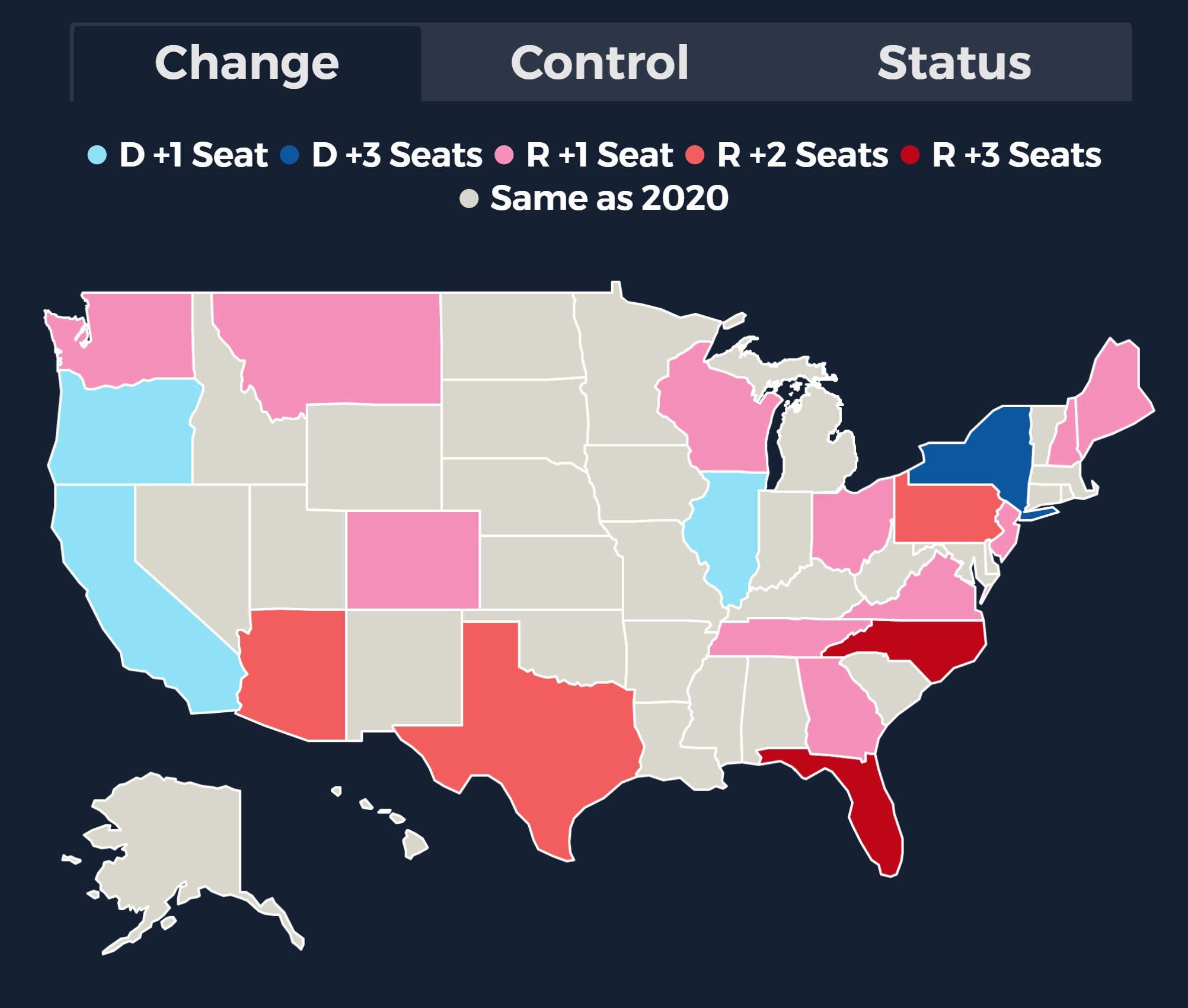 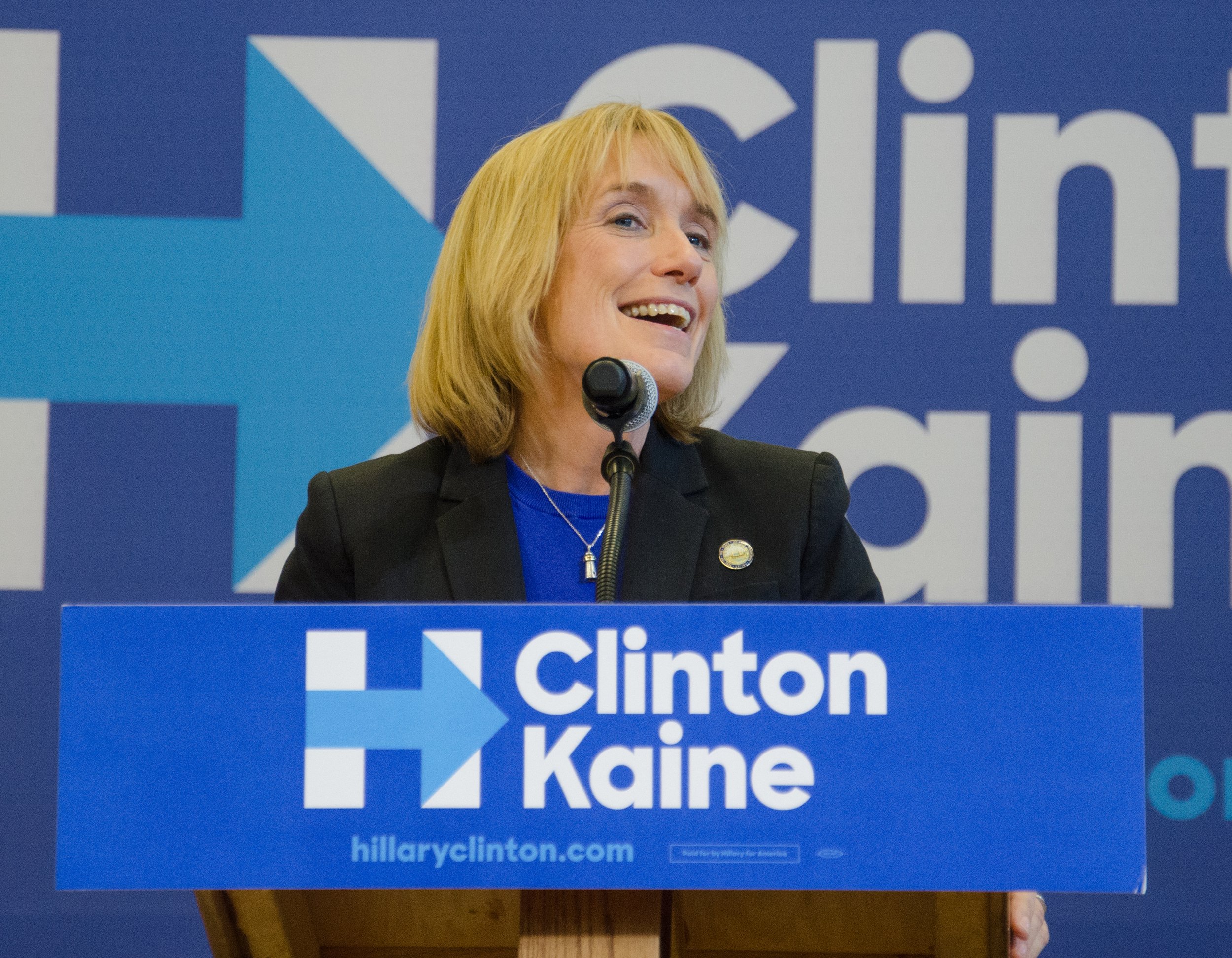 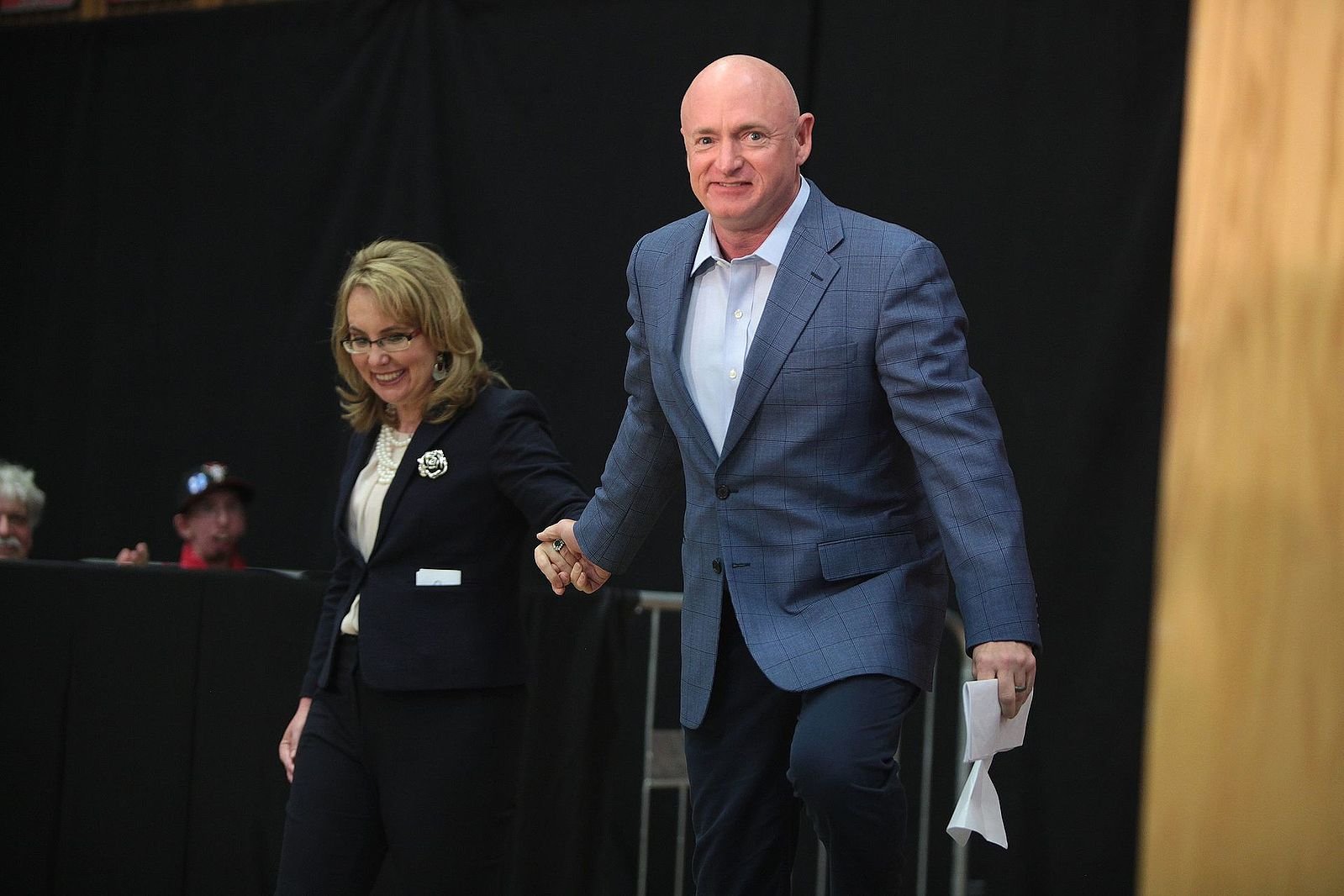 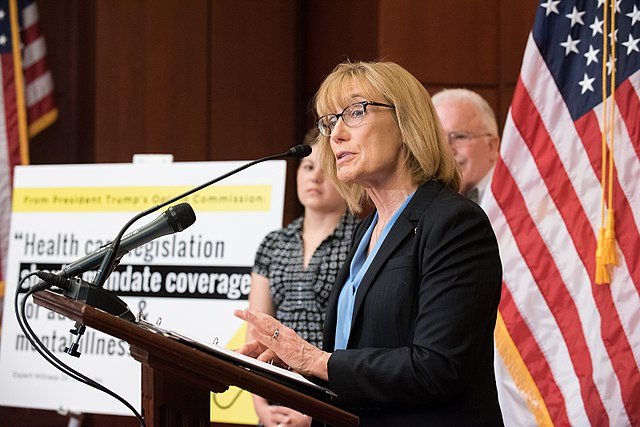 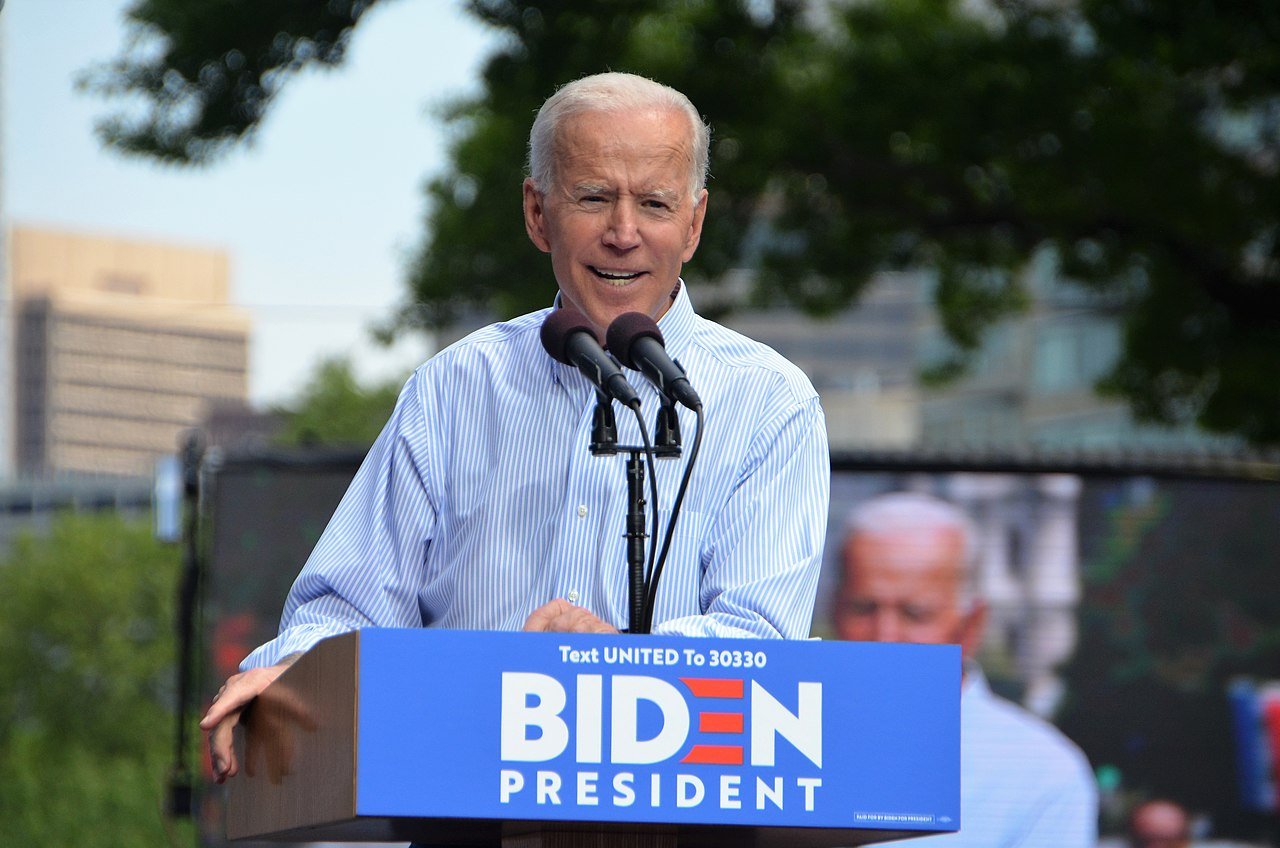 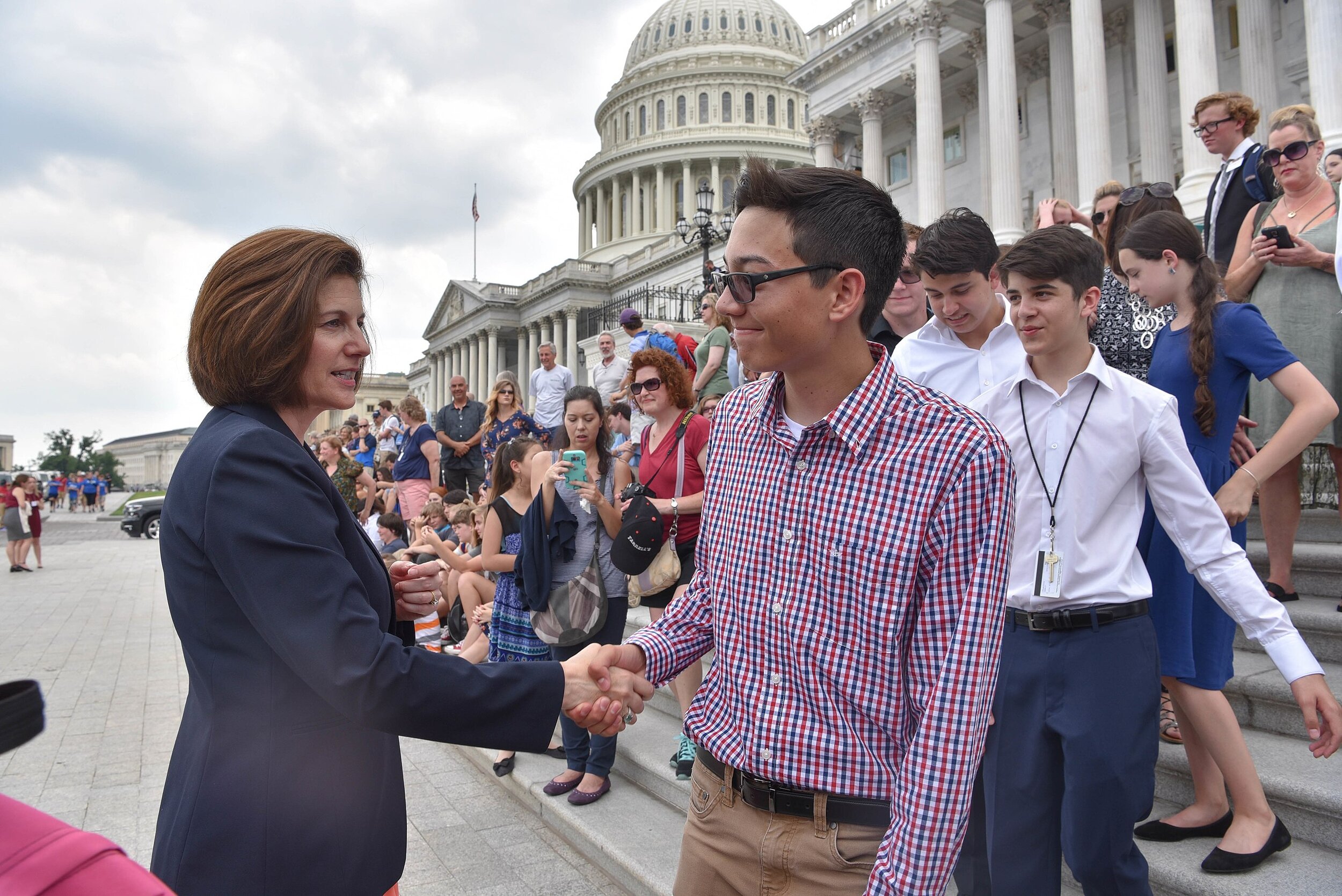 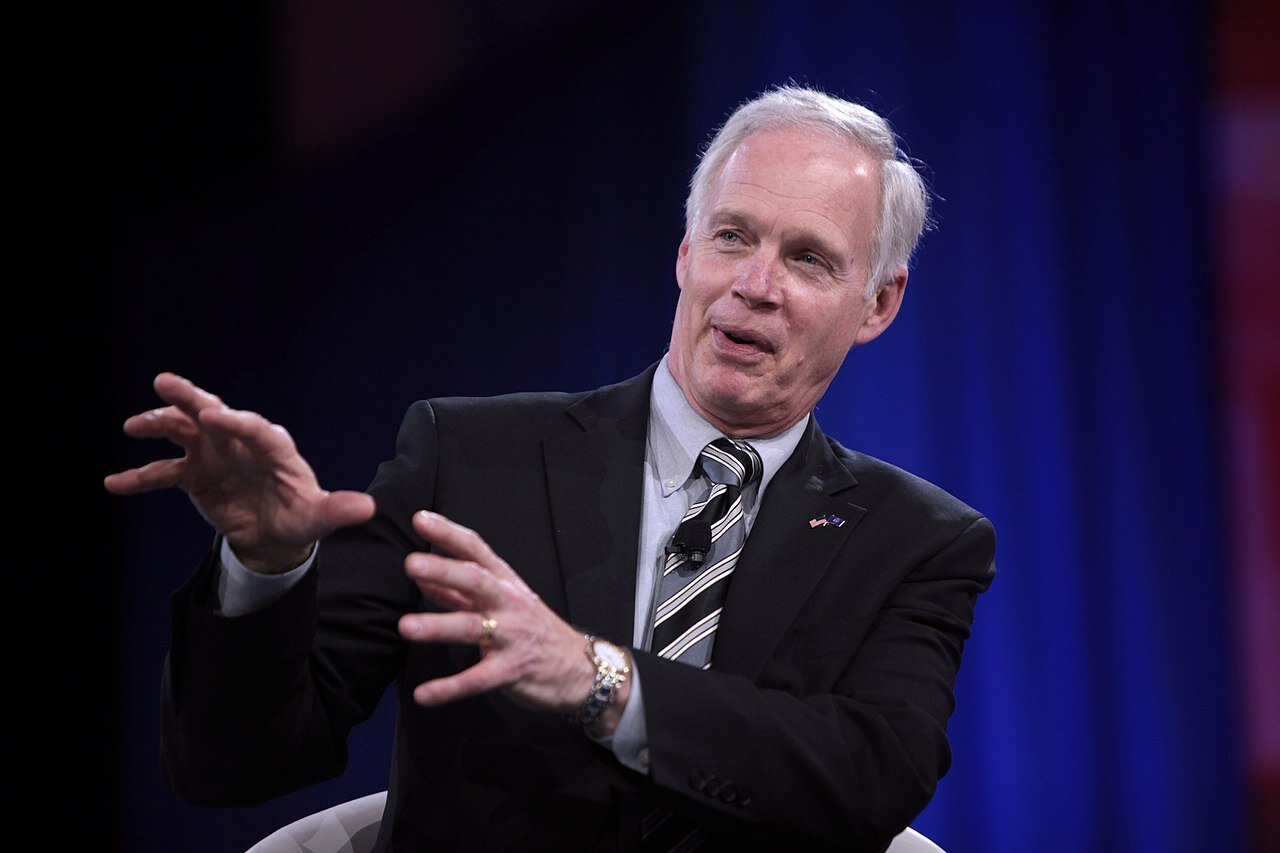 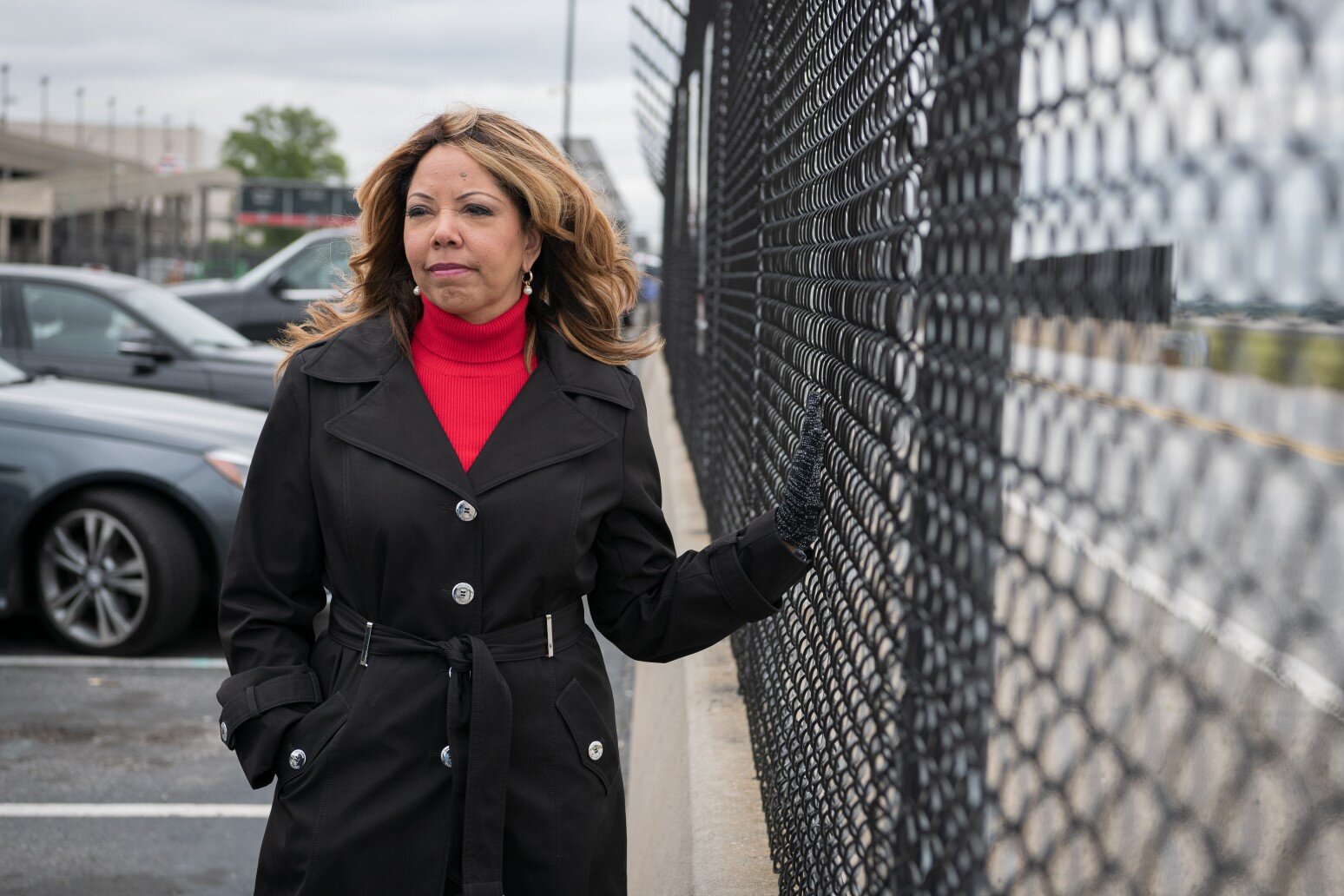 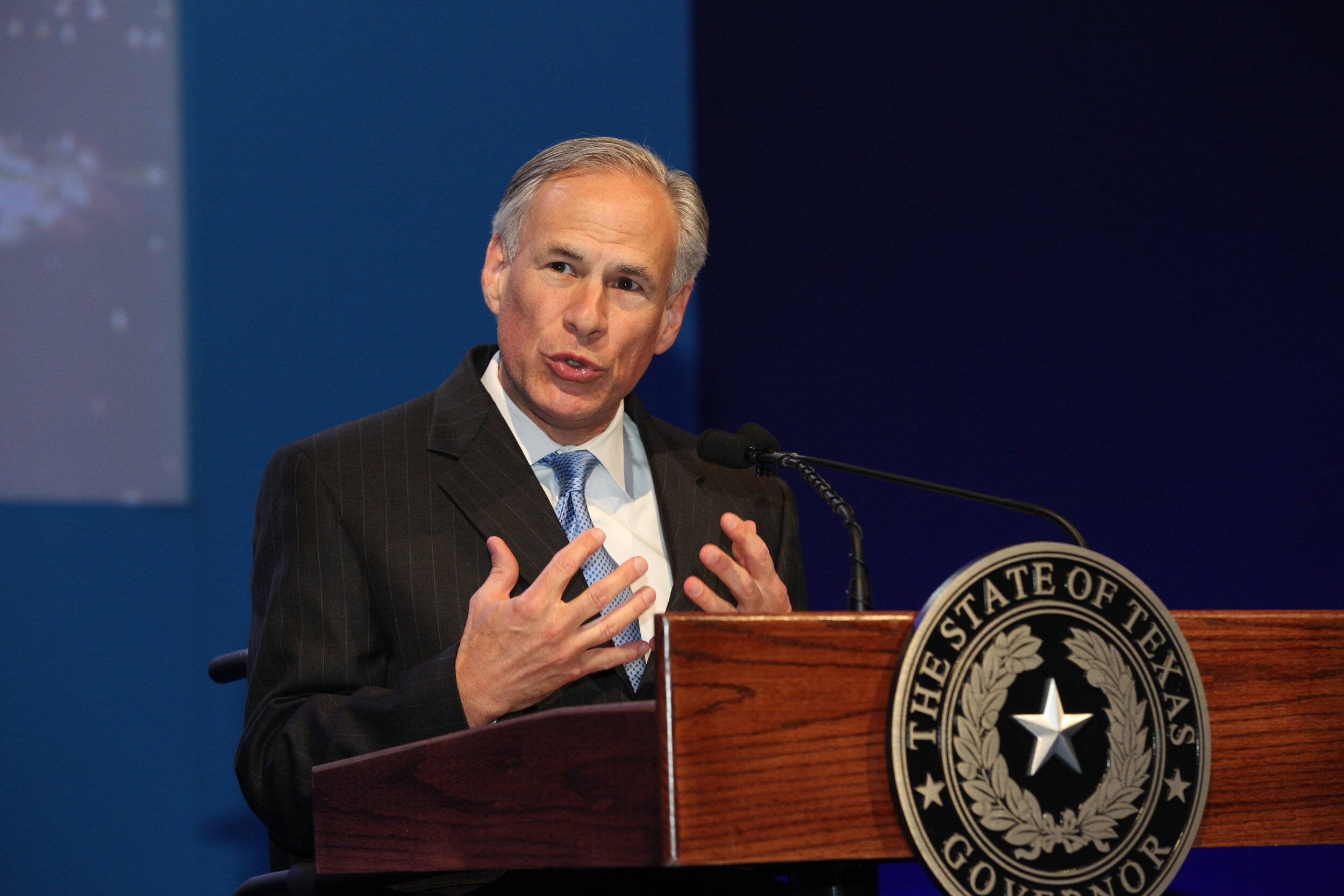 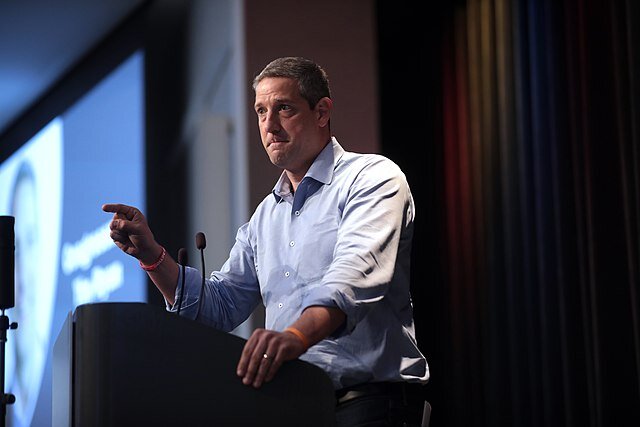